You are using an outdated browser. Please upgrade your browser to improve your experience.
Skip to content

How to make stylo a weight-gain star

The right choice of legume can add a vital extra 20 to 30kg liveweight gain a year to store cattle, making the difference between achieving cut-offs for exports markets or missing them.

In the dry tropics of northern Australia, cattle gain weight early in the wet season, then slow down as grass matures and protein becomes limiting. They maintain weight in autumn but lose it over the winter and into the dry season. Store cattle must gain at least 160 kilograms of liveweight a year to meet the weight-for-age requirements of our export markets.

To reach this, graziers must either supplementary feed or oversow legumes in the pasture to maintain growth during autumn and stop weight loss during the dry. Adding Stylosanthes (mainly Stylosanthes scabra cv. Seca and S. hamata cv. Verano) legume species to native pastures can add an extra 20 to 30kg liveweight gain a year to store cattle. 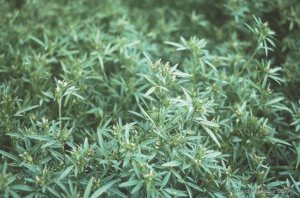 Stylos are not particularly palatable, and cattle prefer to graze the grass component of these pastures, particularly early in the growing season. This favours the persistence of stylos, so they increase under heavy grazing. The average stocking rate on these extensive northern native pastures is one adult equivalent to 10ha, but these legumes allow for stocking rates to be increased, placing pressure on the grass component of pastures.

Oversown native pastures need to be managed to ensure stylos do not dominate pastures to the exclusion of perennial native grasses. This potentially increases the risk of weed invasion, accelerated soil erosion, increased variability in animal production, and soil acidification.

Native perennial grasses are displaced by stylo because of:

1.       increased grazing pressure on grasses during the growing season reducing their ability to seed;

Areas of greatest risk to stylo dominance are usually lighter textured, low-fertility soils with high grazing pressure. Stylos prefer light, sandy-textured soils which can keep growing during period of moisture stress, given their deep taproot and tap into moisture too deep for most grasses. On heavier-textured clay soils, bluegrasses (for example Dichanthium, Bothriochloa species) and silky browntop and so on are more competitive, while areas of frost also reduce stylo competition. Stylos fix their own nitrogen, even on lighter-textured sandy soils and this can lead to soil acidification on poorly buffered soils (low CEC).

An alternative strategy is replacement of the grass component by oversowing introduced grass species, such as Urochloa (Sabi) grass or Buffel, that may compete and persist better under current management.

The grass component of grazed, stable stylo-native grass pastures then should yield >1000 kg DM/ha and represent 30-50 per cent of total pasture yield.

In trials conducted during the 1990s near Mareeba, the then Queensland Department of Primary Industries found:

It has been shown that the 3P grass component of degraded stylo-augmented native pasture systems can be restored using a combination of burning and spelling even though seed reserves were very low. Burning without spelling is largely ineffective in restoring the 3P grass component although the total grass component improved as a result of higher yields of unpalatable “increaser” grass species, like wiregrasses (Cooksley 2003).

TEC consultants can help you maximise your livestock returns. Contact the team today